Ed grew up right here in Tucson as the youngest of seven children. He has dedicated his life to his family, serving a key role at his family’s company, Ackerley Advertising, teaching at the University of Arizona and as a passionate Tucsonan serving with countless local nonprofit organizations.

Growing up as the youngest in a big family, Ed knew he had to earn his way through life, which started with his first paper route when he was just 15 years old on the Eastside of Tucson. After Ed graduated from Palo Verde high school he went on to earn an Ed.D. and an M.Ed. in Educational Leadership from Northern Arizona University, and a B.F.A. in Radio & Television from the University of Arizona.

Ed knew that in order to make a difference in his community he had to serve. So Ed is very active in the American Advertising Federation Tucson and the Tucson Hispanic Chamber of Commerce and is President of the Rillito Park Foundation, past President of The National Football Foundation and founder of Coaches for Charity and Tucson Business Owners.

Now that Ed and his wife Susan have raised their three sons; Kyle, Kevin and Kasey, he is focusing on making a difference in the city he loves and grew up in, Tucson. 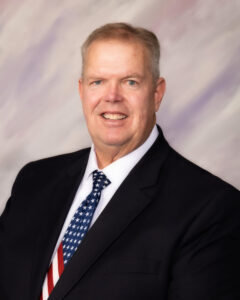